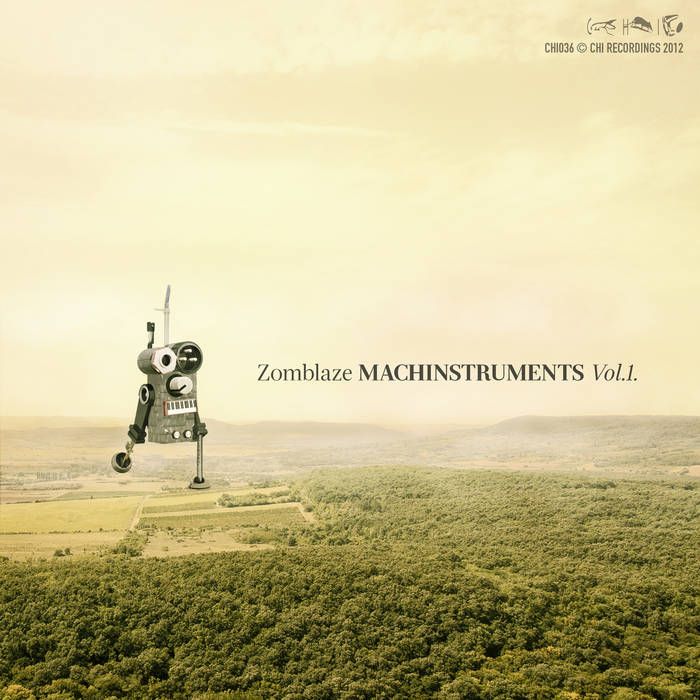 
Now we're gonna put you in the picture with Zomblaze - the energetic new contestant at Chi's stable - listing a random selection of his instinctive period, looking back on few years. He hit the road in Nyíregyháza, Hungary as a promoter, and soon made his way to the Budapest hip-hop scene in 2006, and took part in some notable productions with local core elements as a beatmaker.

Before you get to the present Zomblaze phenomenon, meet him on his way to consciousness, one step back in time. The three pieces of Machinstruments Vol.1. EP shows tribute to most music genres of his taste - such as glitch-hop, dubstep, electronica - besides the fundamental abstract hip-hop.

'Balkan Kannibalizm' and 'Mind Op' are proper hip-hop sounds, both sharing robust blustering baselines, and electronic intonation, souped up with cuts of voices, or gently streaming background suite.
'Out' is a bit different with its moderate pace. It is built from samples cut from old vinyls, enriched with scratch sounds, showing off a nice wide inventory of hip-hop, that is used properly in all three tracks...
Zomblaze's been through some changes since then, that Machinstruments Vol.2. will reveal next time.