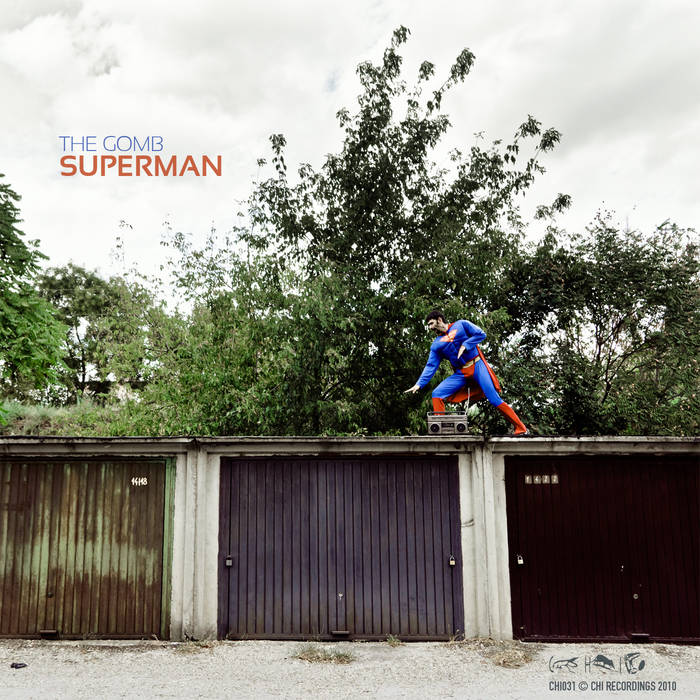 The urban wilderness is the world of plunder, so one day - back in 2010 - Ambrus Tövisházi (Erik Sumo Band, Péterfy Bori Love Band) thought to go out fishing, to sack a scoop full of industrial murmurs and ambient noises of his living quarters. 'Hey, this totally calls for music. And lyrics.' - he thought then. After dropping a few lines in email to Kristóf Hajós-Dévényi of The Unbending Trees - asking if he would team up by taking the lyrics part - 'The Gomb' project started out right away, no messing around. Though the guys have never met prior to their collab, the album is now in the homestretch packed with 16 unique toned ballads, twisted with the singing voice of Tövisházi and Hajós-Dévényi. The album also features a previously unreleased track from The Unbending Trees, the rest fifteen is the duo's own work.

The only pop track of the album - Superman - was put up for remixing to Chi Recordings. Some of the heavy gunners of the label took it, and returned with 5 topnotch tracks of their interpretation.
There's this one peculiar state of mind that links all 'Superman' reworks, and unite all men of the planet, merging in one sigh: 'Lord, I've drunk myself to superman!' The booze in the hand makes the man fearless, invincible, a heartbreaker. Next day - while checking the bruises and scratches, earned by walking through windows - you become to a bittersweet recognition that you have no super powers at all, but you still have a real Superman hiding in you...
The heroes of the Chi Recordings team used their different forces to re-think 'The Gomb' song: Mongoose and Tshabee both pulled their own glitchy dubstep version. While the first one is a relaxed moderate piece, the latter one turns into a screaming madness. Empty Music is our guest hero from Australia, supporting the EP with his smooth tinkling 'Empty Streets Remix' tech house ballad, followed by a balearic deep house from ICR. The line is cut by a solid Kodek tech house rework.
The full Supermen EP features the original song, the five remixes, and an extra track called 'Sensitive' and will be exclusively previewed at the Fade In night in East London in Cafe 1001 27th September.